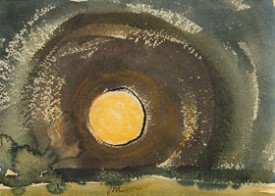 Alexandre Gallery 41 East 57th Street, 13th Floor New York, New York 10022 212-755-2828 May 13 to June 23, 2006 Relationships between the individual and and the communal component of artistic achievement bedevil every generation. T.S. Eliot insisted that every innovation gestates in an affinity with indispensable predecessors. Robert Musil declared that ·”·it is only … Continued 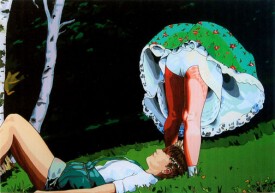 Edelman Arts at Salander-O’Reilly 20 East 79th Street New York 212-879-6606 January 7-31, 2006 This review first appeared in The New York Sun, January 12, 2006. SALANDER-O’REILLY IS SHOWCASING CHRISTOPHER WINTER’S Bavarian kinder kitsch as a courtesy to Asher Edelman, mega-collector. Described by the Wall Street Journal in 1998 as “one of the most notorious … Continued 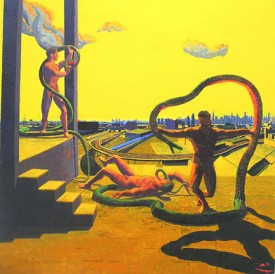 As the artist opens his show of new work at Elizabeth Harris Gallery September 5. 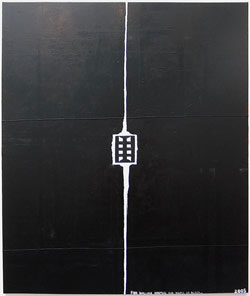 Paint it with Black

Betty Cuningham Gallery 541 West 25th Street 212-242-2772 This review first appeared in The New York Sun, July 21, 2005. Black is the primary color of the creative classes; every artling sports it. Now Betty Cuningham Gallery is trying it on the walls in a “search for resonant symbols”. Despite curator Phong Bui’s unsmiling jargon … Continued 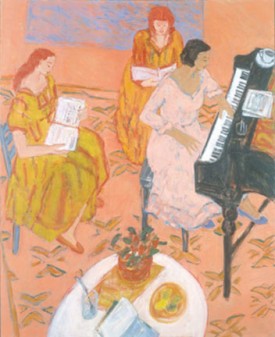 New York Studio School 8 West 8 Street New York NY 10011 212 673 6466 May 12 – June 26 2005 Barbara Grossman has achieved substantial recognition over the three decades of her exhibiting life. The reasons why are on view at the Studio School, the fourth and final stop of a traveling exhibition of … Continued 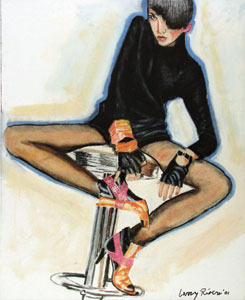 Marlborough 40 West 57 Street 212-541-4900 Marlborough Chelsea 211 West 19 Street 212-463-8634 Through June 4, 2005 In 1937 Ivor Winters prefaced his analysis of free verse with an essay entitled “The Morality of Poetry.” He could apply the concept of morality to art without irony, confident of being understood by his audience. Winters was … Continued 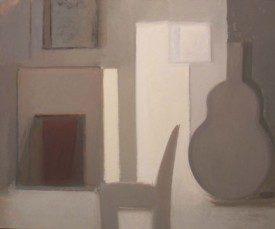 Lori Bookstein 37 West 57th Street 212-750-0949 Susannah Phillips, a former student of William Coldstream and Euan Uglow, lives and works in Montreal. Her first show at Lori Bookstein is a gracious, lively debut. Her work combines the gestural vivacity and painterly ease of accomplished abstraction with a strong affinity for observation. Particularly distinctive is … Continued